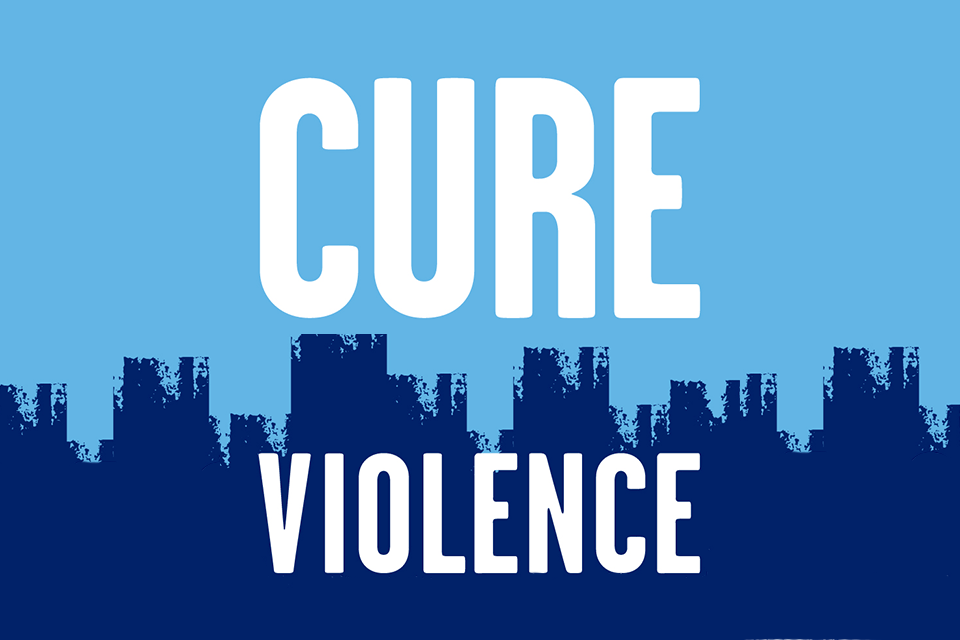 Cure Violence (previously known as CeaseFire) began in 1995 with the goal of stopping shootings and homicides in Chicago, Illinois.  An interdisciplinary public health strategy, Cure Violence has four core activities that work in conjunction to disrupt the transmission of violence: detection and interruption of potentially lethal events, intervention with highest-risk persons—or those thought most likely to be involved in potential events in the near future—changing group and community behavior and norms, and data and monitoring.

At the street level, Cure Violence employs “violence interrupters,” individuals who, because of their past positions in the community or, in some cases, their prior history with a gang, retain the ability to reach and talk to key active gang members.  Violence interrupters utilize these personal relationships to address ongoing disputes, which may prevent them from escalating into shootings.  Their activities include talking individuals and groups out of planned violent events and, in some cases, talking with and/or bringing together key individuals who are involved to cool down those conflicts.

One of the keys to this part of the Cure Violence intervention is the ability of its violence interrupters to detect potential shooting events.  These events might include a shooting or robbery that could prompt a retaliation; the admission of a shooting victim to an emergency room, which also could prompt retaliation; the release of a particular gang member from prison; anniversaries of deaths or births of key gang members; or gatherings—such as parties, parades, dice games, and club gatherings—where disrespect or miscommunication could result in potentially lethal events if not interrupted.  Violence interrupters also keep track of territorial disputes, interpersonal and gang conflicts, the emergence of new factions or cliques, and major arrests that leave power vacuums, all of which may require mediation to prevent lethal gun violence.

Receiving timely information on conflicts that could escalate to deadly shooting events is essential to preventing shootings.  Violence interrupters have four main sources of information on these potential shooting events:  community members, local police, high-risk individuals involved in the conflict, and hospital emergency rooms where shooting victims are treated and where friends of the victims often gather with plans of retaliation.

The actual mediations occur in a number of ways.  Violence mediators may talk over the phone or one-on-one with key players or influentials, host small group sit-downs or peacekeeping sessions, foster diplomacy between groups, or bring in a respected third party to dissuade further violence and/or negotiate conflicts.  Once the key individuals have been approached or convened, violence interrupters employ a variety of different strategies to diffuse the situation, including creating cognitive dissonance by demonstrating contradictory thinking; changing the understanding of the situation to one which does not require violence; allowing parties to air their grievances; dispelling any misunderstandings; conveying the true costs of using violence; buying time to let emotions cool; and seeking out individuals who can use their influence to further assist in cooling down the situation with a potential shooter.