Arizona State University Conference: The future of violence and its prevention in Latin America and the Caribbean — 4/4/2018 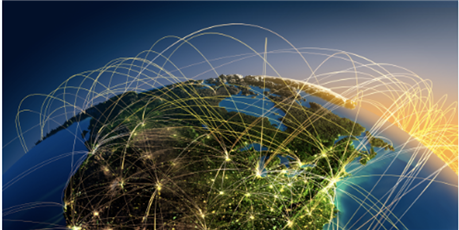 In 2014, the U.S.-Mexico border was flooded with a steady stream of unaccompanied alien children (UAC).  According to the Congressional Research Service, in 2014 “more than 68,500 unaccompanied children were apprehended,”1 a huge increase from 2011, when the U.S. Border Patrol apprehended just 16, 067 children.  With reasons for the influx varying, the children consistently cited gang or cartel violence as their primary motivation for fleeing their countries.2  However, rather than these children receiving a safe haven from gangs and the violence that accompanies them, the arrival of these children actually created more recruiting opportunities for brutal gangs, such as MS-13.

Although the White House administration developed certain initiatives in 2014, including partnering with Central American governments to combat gang violence to address the UAC concern, reports from the Department of Health and Human Service’s Office of Refugee Resettlement showed that as recently as June of 2017, “28 percent of UACs were involved with gangs, with the vast majority of them involved voluntarily.”3  It is becoming clear that solutions to this problem need to begin with understanding the nature of crime and violence in the countries from which these children are fleeing.

Arizona State University, together with a cadre of national and international speakers, is seeking to explore that idea in its upcoming leadership conference about violence and its prevention in Latin American and Caribbean nations.  With open dialogue and constructive discussions, experts will seek to promote new ideas on how to address and prevent this issue.  Crime and violence are not only major developmental issues in Latin America, but if unchecked, they pose a threat to the safety of U.S. citizens.

If you are interested in learning more about how policymakers across the Latin America and Caribbean region are grappling with the nature and scope of violence and joining the conversation about how to frame the problem as a law enforcement issue, consider attending “The future of violence and its prevention in Latin America” conference on April 11–12, 2018.

To learn more and to register, visit https://ccj.asu.edu/content/future-violence-and-its-prevention-latin-america-and-caribbean-0.