Helping to Break the Recidivism Cycle 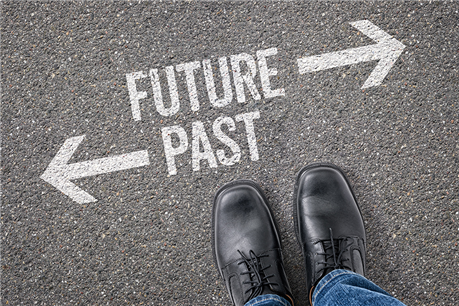 They have served their sentences.  Some have been released early for good behavior.  It is now time to reenter mainstream society and retake possession of a life that has been lost.  For some, this process can be easy.  There is support.  There is family.  There are jobs waiting.  For others, the road is not nearly as easy and can lead right back to the cinderblock institutions the ex-offenders recently left.  In fact, within three years of their release, 67.8 percent of ex-offenders are rearrested, and within five years, 76.6 percent are rearrested.1  This is most often true of gang members.  A recidivism study conducted from 1985 to 2004 and reported to the Arizona Criminal Justice Commission in 2009 found that street gang members were twice as likely to return to prison for a new criminal charge compared with non-gang members.2  But why?  The answer is complicated.

For many individuals who were incarcerated, the return home can be filled with seemingly insurmountable obstacles.  Ex-offenders statistically tend to have less education and less employment experience in their backgrounds.  This, coupled with their felony convictions, makes them less appealing as job applicants.  This tendency amplifies other barriers, such as lack of access to secure housing and health care and inability to provide financial support for their minor children.  Without the necessary support to navigate these challenges, someone with street gang ties may be drawn back to the gang, feeling that it is his or her only option to find a place of support and a means to make a decent living.  Released street gang members who return to the lifestyle they knew before their prison sentences are at a much higher risk of rearrest, reconviction, and, ultimately, reincarceration.

This cycle of arrest, conviction, incarceration, release, and rearrest does not need to continue.  According to Peter Cove and Lee Bowes (2015), the recidivism rates of ex-offenders who were referred to employment programs dropped significantly compared with those ex-offenders who were not directed to employment programs.3  Specifically, their research reported that in High Point, North Carolina, the statewide recidivism rate was 40.7 percent, while the recidivism rate for those who were referred and placed in jobs was 5 percent.  This is just one of numerous examples demonstrating that the availability of support services and the opportunity for employment are part of the answer to not returning to prison.

One such support service, Jails to Jobs™, is a Section 501 (c) 3 nonprofit organization whose mission is to equip previously incarcerated and soon-to-be released men and women with the tools and resources to find employment and successfully reenter the workforce.  From job-hunting guides to interview tips, Jails to Jobs is dedicated to ensure that those with little to no job experience or with gaps in their job records can locate and obtain the help they need to secure gainful employment.  The organization also provides such resources as directories to organizations that provide tattoo removal and free interview clothing.  Leaving old stereotypes behind, Jails to Jobs’ core values focus on meeting people where they are without judgment; discovering how to best serve this population through workshops in jails and prisons; and providing a storehouse of information on its website, https://jailstojobs.org/.