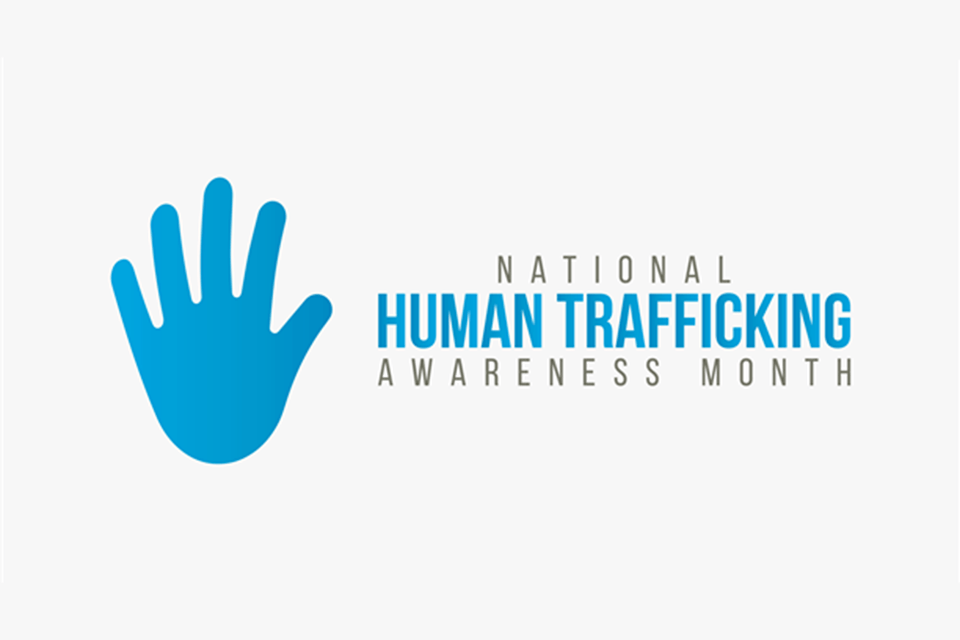 Human trafficking is an insidious crime and a fundamental human rights violation involving acts of abuse and violence against adults and children across our nation. The exact number of human trafficking victims in the United States is unknown because of the hidden nature of this crime, differences in definitions, methodologies, and nomenclature that jurisdictions and professionals use to describe sex trafficking crimes and their victims.  In response to this horrific injustice, a presidential proclamation was issued on December 31, 2019, to recognize January 2020 as National Slavery and Human Trafficking Prevention Month.

(A) Sex trafficking in which a commercial sex act is induced by force, fraud, or coercion, or in which the person induced to perform such act has not attained 18 years of age; or

(B) The recruitment, harboring, transportation, provision, or obtaining of a person for labor or services, through the use of force, fraud, or coercion for the purpose of subjection to involuntary servitude, peonage, debt bondage, or slavery. (22 U.S.C. § 7102(9)).

While gangs have historically focused on drug trafficking and illegal weapons trade, gang involvement with human trafficking—as one of the world’s fastest growing criminal enterprises—continues to increase.  While gang-related offenses typically include violent and property crimes and drug sales, gangs have adapted and continue to evolve by engaging in more clandestine-type criminal activities, such as human trafficking and prostitution, to evade the ever-changing law enforcement and criminal justice landscape.  Victims of sex trafficking are often coerced and intimidated into silence to keep the risk of detection at a minimum and profitability at a maximum.  With the ease of technology, gangs commonly use the Internet to lure youth into commercial sexual exploitation.

On January 3, 2020, the U.S. Attorney’s Office for the Eastern District of New York charged two members of the Brooklyn-based “Insane Crip Gangsters,” a subset of the Crips street gang, with sex trafficking, sex trafficking conspiracy, and promoting prostitution.  Just three days later, the U.S. Attorney’s Office for the Middle District of Pennsylvania announced that a Black P-Stones street gang member was sentenced to 20 years’ imprisonment for heading up a conspiracy that forced or coerced women to engage in prostitution in northeastern Pennsylvania.  Reviewing the National Gang Center’s Gang-Related News Articles or Twitter pages, one can see how human trafficking and prostitution cases such as these two examples have become increasingly prevalent over the last decade.  Between 1990 and 2010, Global Centurion reported that there were more than 200 cases of gangs involved with human trafficking.

As gangs continue to participate in and profit from human trafficking, it becomes even more important for criminal justice and community organizations to be aware of the connections between the two.  Through greater awareness and education, agencies can be better prepared to recognize and support victims, suppress gang involvement, and address other issues at the nexus of gangs and human trafficking.

The NGC has compiled a list of additional reports, articles, and resources on gangs and human trafficking for further reading and information.