In 2010, respondents provided information regarding the presence of gang members who have migrated to their jurisdictions.

Gang member migration refers to the movement of actively involved gang youth from other U.S. jurisdictions to the respondents’ jurisdictions.

Herein, “nonmetro” refers to police and sheriffs’ departments in the NYGS sample that are located outside of metropolitan areas, where gang activity is largely and historically concentrated. 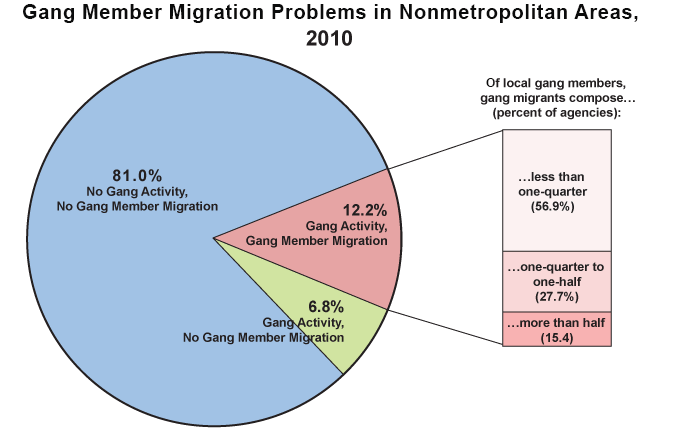 The reasons gang members migrate can be grouped into two categories:

Respondents provided information regarding the influential factors on gang member migration in their jurisdictions in 2010.