Respondents provided information regarding the presence or absence of active gangs in their jurisdictions. 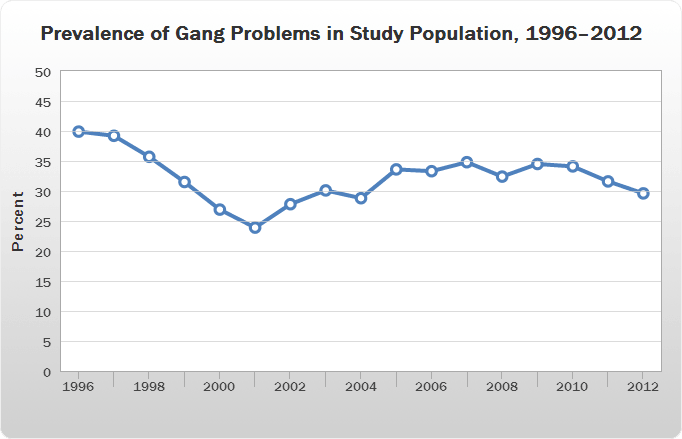 The presence of active gangs is displayed by area type.

The percent change in estimated number of gang-problem jurisdictions between 2002 and 2012 is presented.