Measuring the Extent of Gang Problems

Respondents provided information regarding the number of active gangs in their jurisdictions during each survey year.

Distribution of Gangs by Area Type

The distribution of gangs by area type is presented. 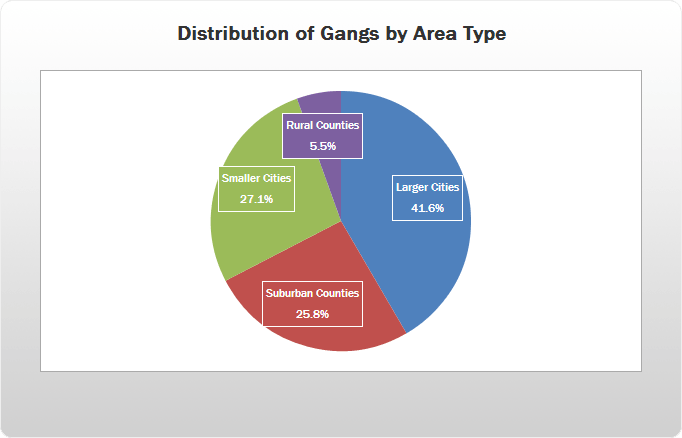 Number of Gangs by Area Type

The annual maximum number of gangs reported since 2006 is displayed by area type.

Respondents provided information regarding the number of active gang members in their jurisdictions during each survey year. 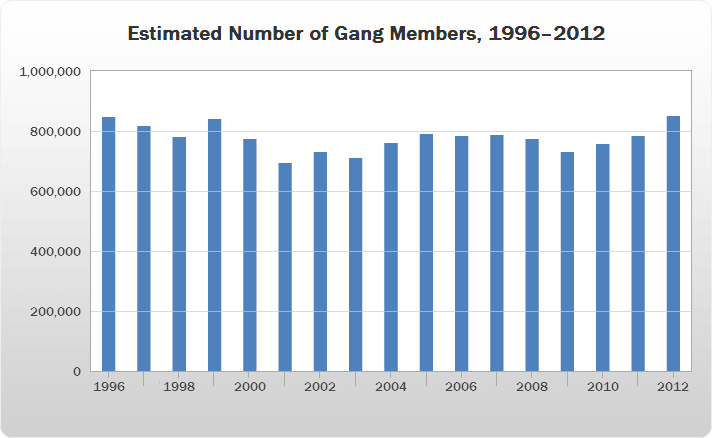 The distribution of gang members by area type is presented. 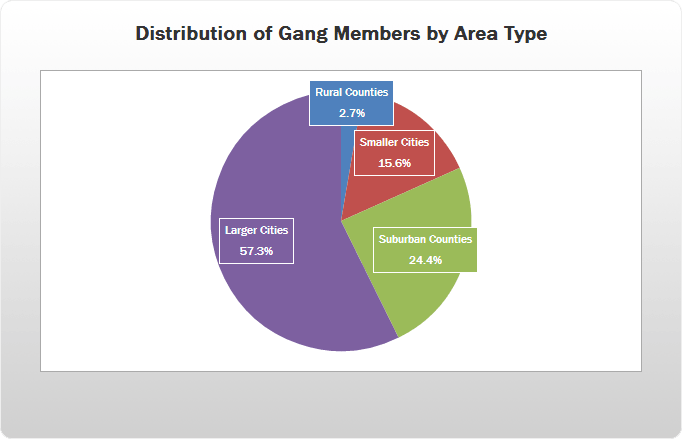 The annual maximum number of gang members reported since 2006 is displayed by area type.

*Because of the many issues surrounding the maintenance and collection of gang-crime data, caution is urged when interpreting the results presented below. For more information regarding this issue, see: https://nationalgangcenter.ojp.gov/about/faq#faq-5-how-are-gang-crimes-especially-gang-related.

The number of gang-related homicides reported from 2007 to 2012 is displayed by area type and population size.

Notes: **Not presented because of small base rate. “Smaller Areas” refers to all cities with populations below 50,000 and rural counties combined.